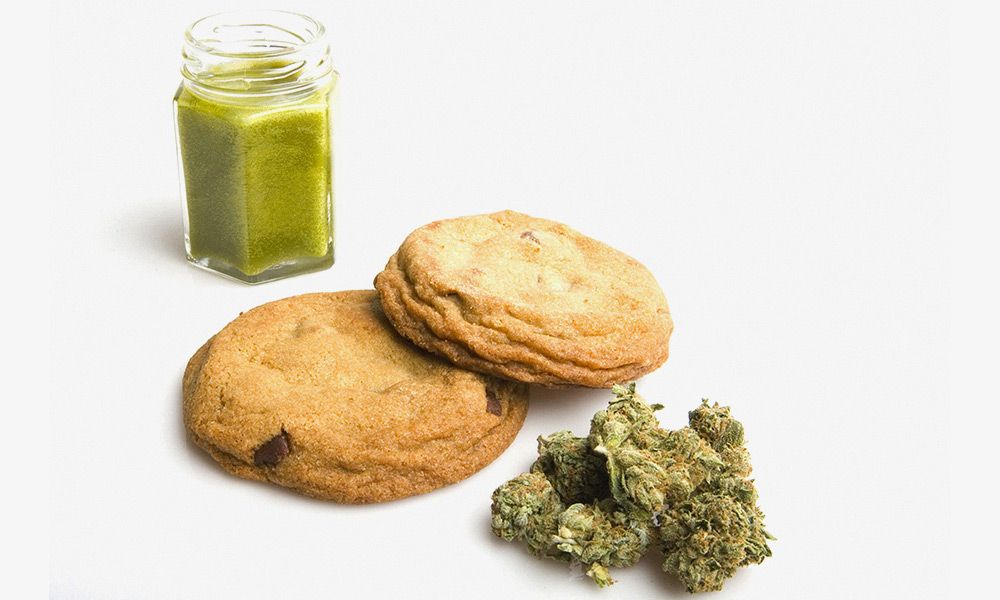 With the general public’s stance on marijuana decidedly different than it was a decade ago thanks to changes throughout the US, allowing both medical and recreational usages in various states, a happy byproduct is that we have better information than ever when it comes to making weed edibles — a delivery system that continues to reinvent the way that people get high.

While weed edibles these days run the gamut from Thanksgiving recipes to cupcakes, there is no denying that baking cookies or brownies remains an all-time classic. However, knowing how to make edibles requires a certain amount of knowledge, both of cooking and marijuana, to craft the perfect batch.

After all, people are looking for something that both tastes good and is potent. Unfortunately, you can’t get that by simply slapping some pre-bought mix on a cookie sheet, adding crumbled weed, and lobbing it in the oven. Never fear, though. We’ve got you covered when it comes to how to make weed edibles and the perfect edibles recipe.

The actual items you need 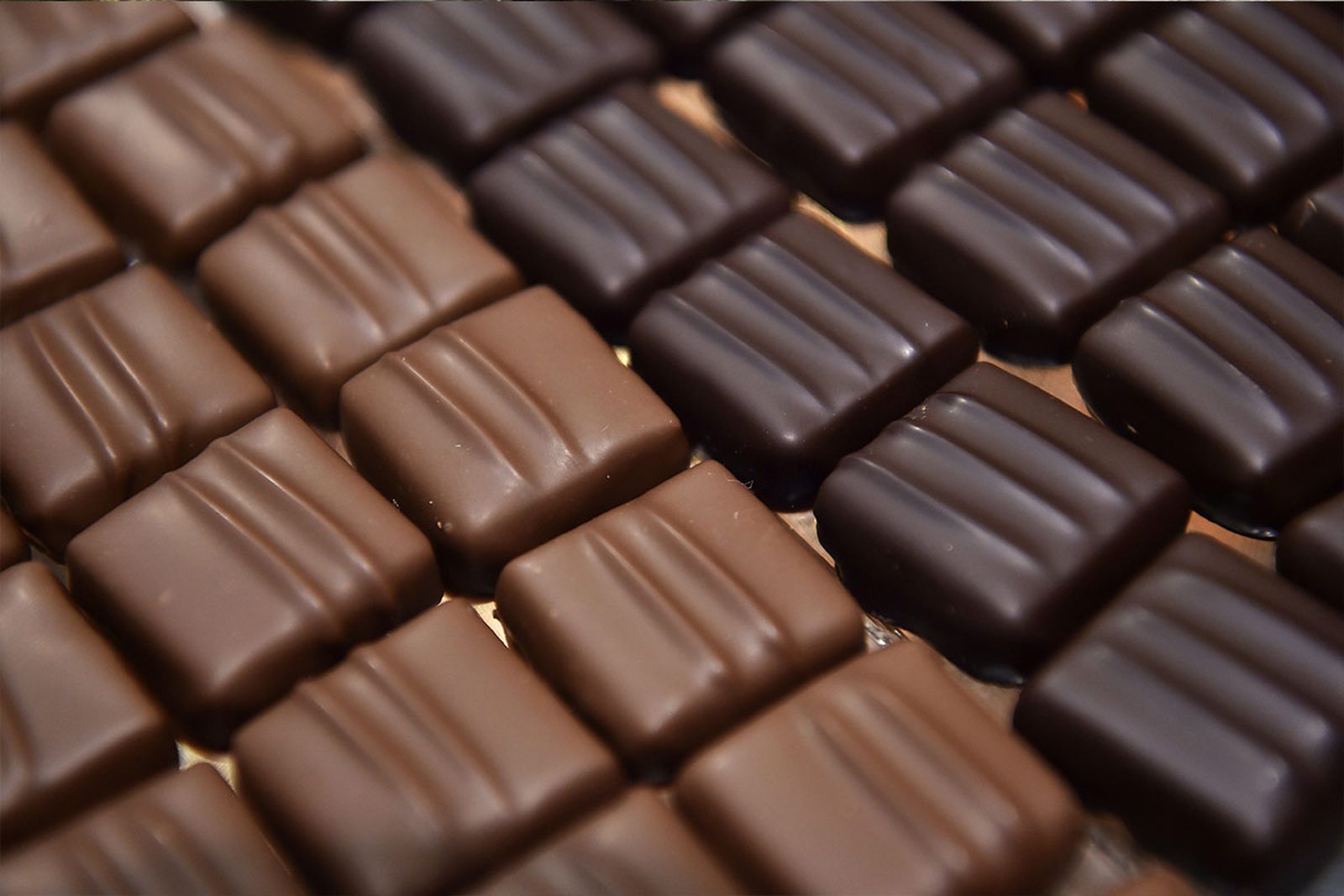 So you’ve got some weed and want to start making edibles. That’s a good start. In fact, many might be more at ease handling the marijuana aspect of this gambit than the cooking. But rather than think of your weed edible’s potency as the number one goal, instead think of getting some quality chocolate, such as Guittard or Scharffen Berger.

Still with me? Good. Then let’s learn how to make edibles so that these weed cookies can eventually turn into weed cake in the future. 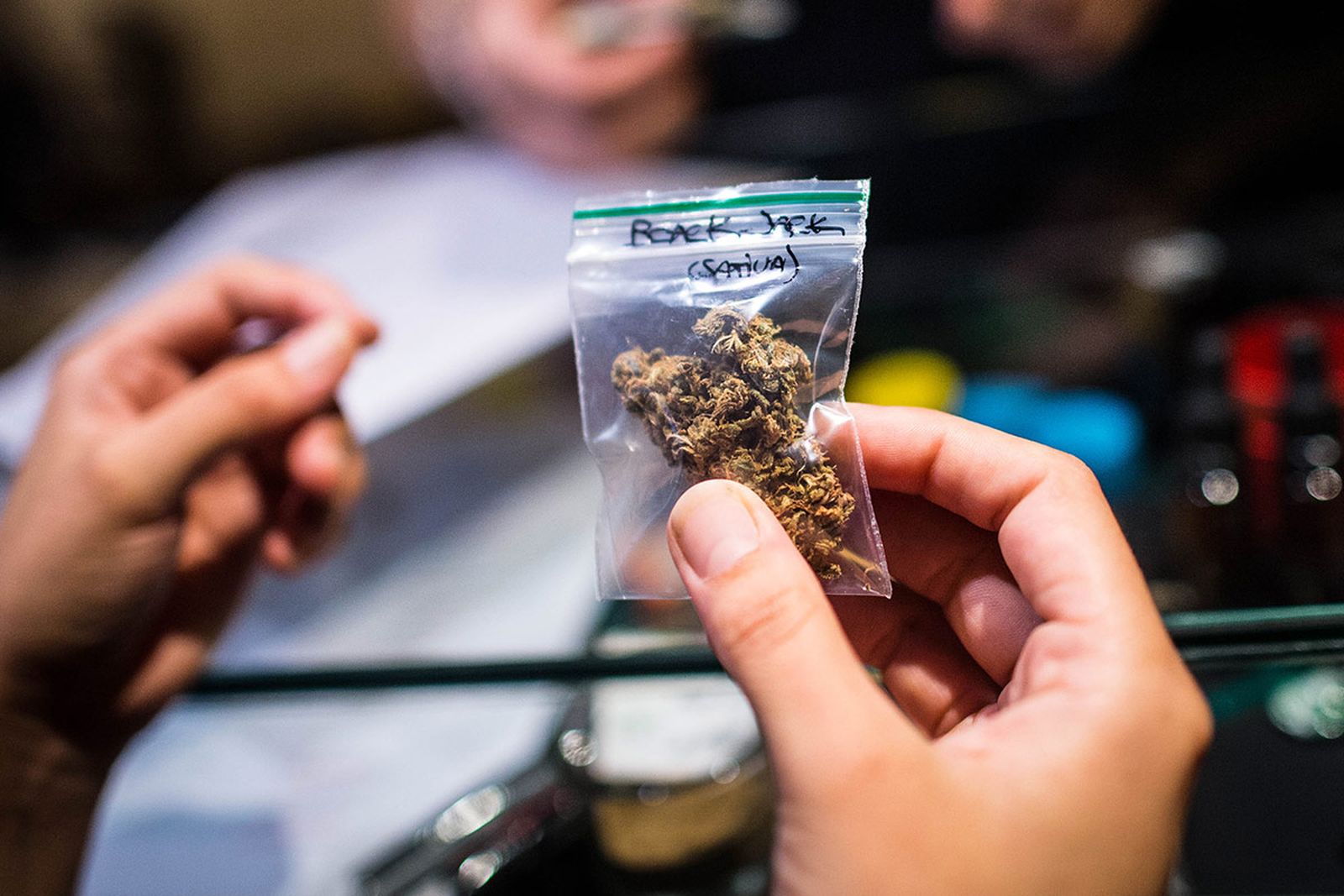 Like with junk food, picking the right strain for making edibles depends on the mood you’re in and the social situation you’re planning for. A simple question to ask is, “Daytime cookie or nighttime cookie?” Although weed impacts everyone differently, sativas give users energy and indicas are better for relaxation and sleep.

Want your cookies to make you want to get up and conquer the world? We suggest Sour Diesel, White Widow, Casey Jones, Golden Goat, or Lemon Skunk. But if you prefer something for you, your Netflix account, and a planned rendezvous with your bed, opt for strains like Bubba Kush, Granddaddy Purple, or White Fire Alien OG.

There’s a reason why marijuana is most commonly smoked rather than eaten. Without heating it up or burning it, raw weed is actually non-psychoactive, chock full of THCA, and actually considered a “superfood” by some, who note 400 different chemical compounds inside the plant, including vitamins, essential oils, and acids.

Thus, to begin the weed edible process, a chef must prepare the weed so the elements that make a person feel high are present in the pastry. As High Times noted, “If you want to get high, you’ll need to cook it, and you’ll need to do it right so you don’t waste it.”

The boiling temperature for THC is 314ºF, and heating your cannabis too much for too long will result in lowered potency. The process itself, however, is rather straightforward:

1. Preheat your oven to 240ºF. If you have an oven thermometer to gauge the oven’s true temperature, even better.

2. Break the leaf down into more manageable pieces and place on a cookie sheet as if toasting spices. Don’t overload the marijuana so pieces are on top of each other.

3. Put the sheet in the oven and monitor for 30-40 minutes (depending on oven strength and the strain of weed). You’re looking for a golden brown color as opposed to the more vibrant green of an untoasted leaf.

4. Take out of the oven and let the toasted marijuana cool. Then put the weed in a food processor and pulse it for a second so it is ground coarsely.

With a major step out of the way, it’s time to make “cannabutter,” infusing your active marijuana into a food perfect for baking: butter. While there are numerous methods for achieving this, some of which take up to eight hours, here is a wafer-simmered version that is both simple and heralded by The Cannabist as the best cannabutter in the US.

In a medium-sized saucepan, bring a quart of water to the boil on the stove. Once boiling, add your sticks of butter and allow them to melt completely. After that, add your marijuana and reduce the heat to simmer. The real key here is that the weed should always be floating about 1.5 to 2 inches from the bottom of the pan. The butter should cook at a low heat for three hours until the mixture starts to get thick at the top.

From there, you’re nearly finished. Take the mixture and place it in a bowl lined with cheesecloth. Then squeeze out the remaining liquid butter. After allowing the liquid butter to cool for an hour, put it in the fridge until it takes on the consistency and texture of a spread.

We swear we’re almost to the part where you can actually eat your weed edible.

How much weed do you need for edibles? 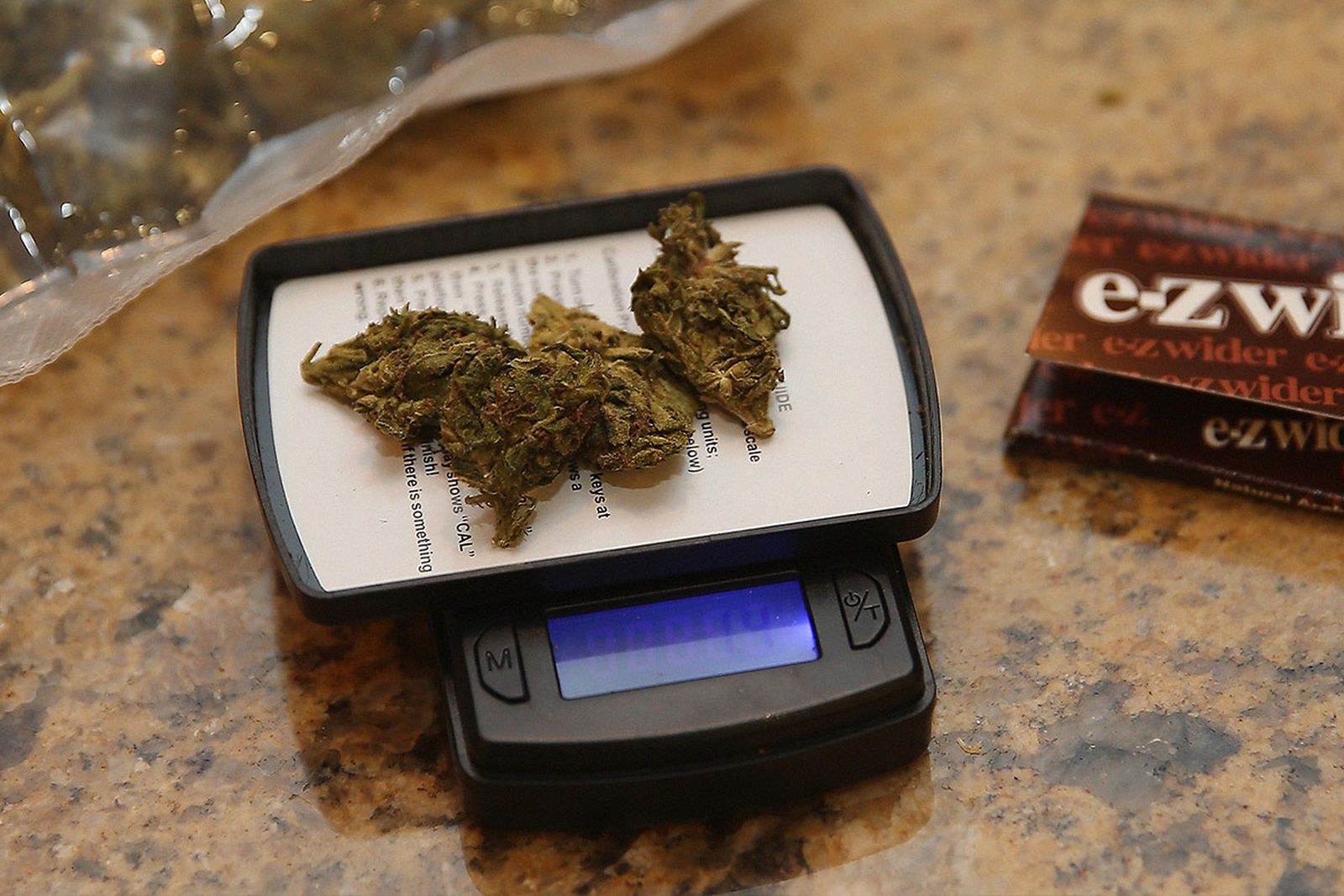 Although marijuana strains differ in potency, it’s safe to assume that the average version is about 10 percent THC.

Let’s suppose you have a quarter-ounce of marijuana, which is 7 grams. According to The Cannabist, “Every 1 gram of cannabis bud has 1,000mg of dry weight. If a strain has about 10 percent THC, 10 percent of 1,000mg would be 100mg. So for cooking or baking at home, it’s safe to assume that a gram of cannabis contains at least 100mg of THC.”

For further context, in the 420-friendly state of Colorado, it has been mandated that the serving size for weed edibles is 10mg of THC. In the scenario detailed above, a chef has 700mg. A classic cookie recipe yields 60 cookies. Thus, each cookie would have just over 11 grams. First-time users learning how to make weed edibles should cut theirs into quarters, and allow an hour between each dose. 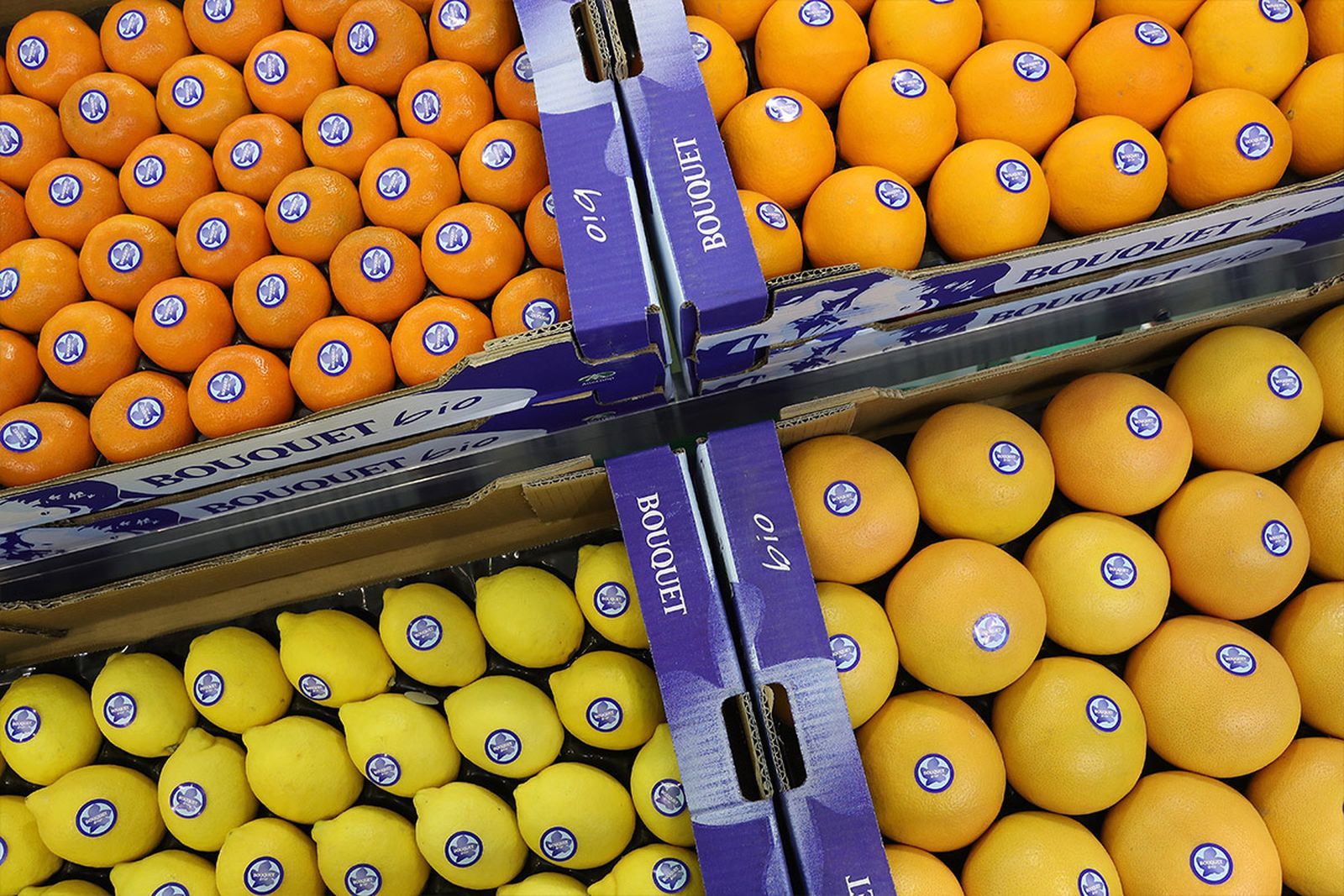 If you screw up the math and eat way too much of your freshly cooked weed edible — don’t worry, it happens to everyone — there’s no need to panic. But there are a few things you might want to have on hand to bring you down a bit.

According to the British Journal of Pharmacology, people can try to curb their high by consuming pistachios or pine nuts, which contain pinene, a chemical that helps with mental clarity. Additionally, eating the citrus acid found in lemons, oranges, and grapefruits can help, thanks to the terpenes contained inside.

And there you have it. The best tricks we have to offer for making edibles. Okay, okay — one more for the road…

Perhaps you’re someone who prefers salty snacks over savory ones. Well, you’re in luck. Popcorn has become a go-to choice for edibles in recent years and is simple to make if you’ve already created your cannabutter using the above method.

But before you go shoving your weed in your microwave, it’s important to note that you’ll be making popcorn the old-fashioned way using unpopped kernels heated in a saucepan. Simply combine two or three cups of kernels with two tablespoons of coconut oil and two tablespoons of cannabutter, add salt and pepper for taste, et voila, you’ve got “potcorn.”

And there’s even more good news. Popcorn has more antioxidants than some fruits and vegetables. So now you know how to make an edible, you can use it to get healthy. Kind of.

If you want a deeper dive into the topic of weed, watch the video below.