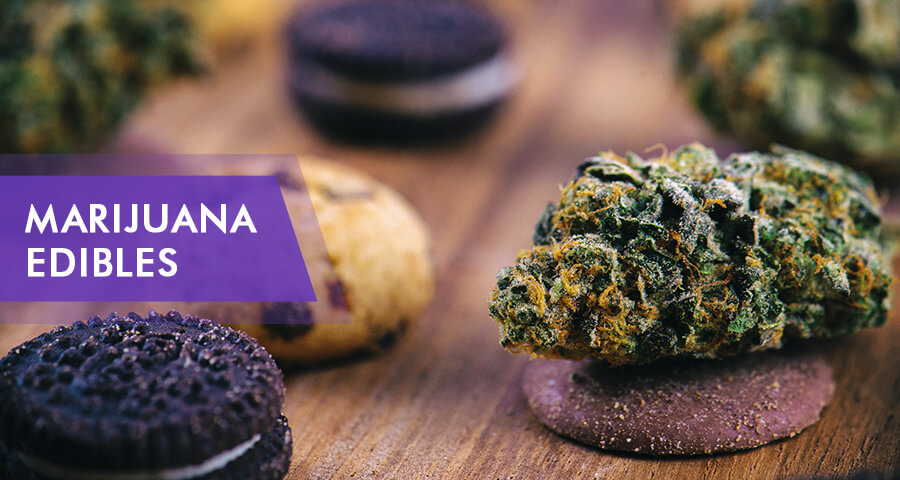 Important InformationThis information is for educational purposes only. We never invite or suggest the use, production or purchase of any these substances. Addiction Resource and it’s employees, officers, managers, agents, authors, editors, producers, and contributors shall have no direct or indirect liability, obligation, or responsibility to any person or entity for any loss, damage, or adverse consequences alleged to have happened as a consequence of material on this website. See full text of disclaimer.

Consuming cannabis edibles is an alternative to vaporizing or smoking marijuana, alternatively known as pot, in weed slang. They usually come in different food types and liquid forms such as drinks, cookies, brownies, candies, gummies, popcorns, and many others. They carry varying amounts of tetrahydrocannabinol (THC) thereby giving users the option to choose the potency levels.

What Are Cannabis Edibles

Marijuana edibles are food items infused with active cannabinoids CBD, THC or both, and packaged just like other foods and drinks in the market. The active compounds should be in carefully portioned amounts resulting in a tasty treat that can be consumed orally.

However, it does not mean that edibles are completely safe. Some manufacturers may not be as attentive to the active compounds dosage, which can result in overdose and adverse reactions. Note that edibles are illegal in some states as well.

Most of the pot edibles pot edibles solved in dispensaries are lab-tested for dosage and potency. As part of the packaging process, the infused edibles are clearly labeled to identify the active cannabinoids and their quantities easily. There are various edibles available for users to sample such as:

Depending on the targeted effect such as relaxation, sedation or stimulation, pot edibles can be made from different cannabis strains including hybrids. For instance, edibles made from gorilla glue marijuana, a hybrid cannabis strain mainly used in the medical industry, tend to have a gentle relaxation and euphoric rush.

The effects of eating weed are so different from those experienced when smoked. This is attributed to the amount of THC packed in the edibles. For instance, edibles may take up to two hours to take effect while smoked weed is almost immediate.
In the body system, ingested marijuana lasts longer depending on the dosage, medications, last meal, or alcohol used together with the THC edibles. Homemade marijuana edibles may contain even greater amounts of THC, and this makes them stronger than the generic, off-the-shelf variety.
When considering the dangers of eating marijuana vis-à-vis smoking it, two perspectives must be adopted. The first is the danger to the people around. Smoking oftentimes sparks complaints from neighbors because of the smell and the secondhand smoke that results. Edible marijuana, on the other hand, gives a more discreet way to take in cannabis without anyone around feeling offended.
The second safety aspect is on the effect of pot on the body. Pot has been used for medical purposes for a very long time. This begs the question, does medical marijuana get you high? 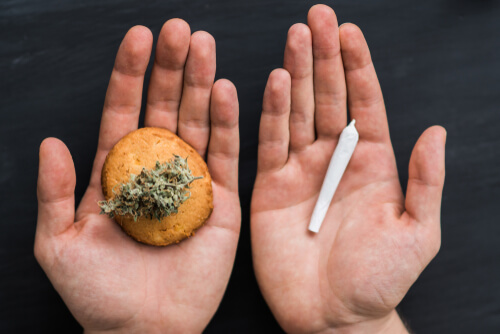 While the sensation resulting from eating or smoking weed is similar for both medical and non-medical uses, there is a variation in how the body processes edibles weed. The compounds go through the normal digestive system where THC is broken down before finally entering the bloodstream. How long do edibles take to kick in? approximately 30 minutes to two hours. Smoking is much faster.

The legalization of marijuana has seen many people trying liquid marijuana recipe for edibles and putting down their joints. However, few of them fully understand the negative effects of weed edibles in their bodies. For those in this category, below are some of the must-know effects edibles such as cannabis cookies can have.

Regular consumers of edibles like weed candy may experience from time to time that it gives them a cottonmouth. For instance, too much THC confuses the ability of the submandibular glands and its response in saliva production. Long-term lack of saliva can affect the throat and oral health.

Marijuana brownies and other edibles can alter the functioning of the brain. The common side effects from this alteration are hyperventilation and frightening hallucinations. Since edibles last longer in the system, the effects of marijuana on teenage brain as well as adult users are profound.

It’s not a guarantee that when people eat 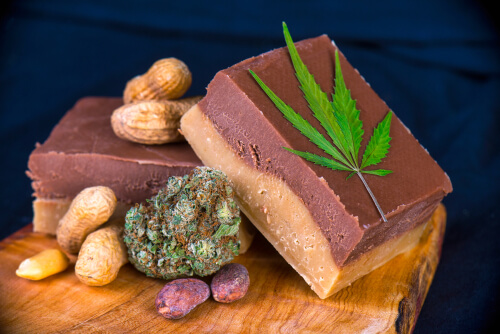 marijuana gummies or cookies, they will end up with a high feeling. As a matter of fact, they may get low or even anxious. Even those without a history of paranoia or anxiety are not immune to the side effect of edibles.
When the effects of edibles become severe and the users start experiencing respiratory insufficiency and extreme lethargy, therapy for substance addiction may be recommended.

Eating marijuana has some differences compared to smoking it. The ultimate effect depends on the marijuana recipes used, but all in all, the results are profound and strongly felt by all.

Marijuana candy, cookies, and other edibles get introduced into the body through the normal gastrointestinal tract. The processing that takes place before the compounds enter the bloodstream changes THC into 11-hydroxy-THC which is said to be more sedative and stronger.

This means there is no need to continue dosing through the night or day. The THC level in ingested weed is higher hence sticks for longer. However, if this creates a dependency such that the user cannot survive without the edibles, they should be referred to rehabilitation facilities.

An Alternative to Smoking

Smoking releases THC vapors and other dangerous plant material that can affect the functioning of the lungs. If for health reasons one cannot smoke weed, they can opt for edibles such as marijuana cookies as a viable alternative.

Cooking with marijuana or eating it raw delivers almost the same level of antioxidants to the body. This is a reason to infuse pot cookies or juice raw leaves to equip the body with the right defense system to fight free radicals.
Other features include vitamin, minerals and fiber nutrients, nausea-reducing abilities and pain relief which has seen users take marijuana for migraines. However, note that there are many safer and legal alternatives to achieve the same effects.

Always consult a medical professional before using cannabis in any form.

Edibles are becoming a huge niche for entrepreneurs. In California, sales of marijuana-infused drinks and foods totaled $180 million in 2017. In Washington State, pot-infused treats such as weed gummies recorded an increase of 121% in sales over the same period.

To get the most benefit from pot edibles, they must be properly consumed. The following are some of the tips to put to use when consuming marijuana butter, gummies, cookies, and other edibles.

Note that these rules refer to the states where cannabis use is legal. It is highly not advised to look for marijuana edibles in states where it is forbidden.

Is there a relative or friend hooked up on weed edibles? There is help available 24/7 in drug addiction help centers for support on how to get weed out of the system. Get in touch with a knowledgeable representative on 888-459-5511 for more information on rehab centers and treatment.