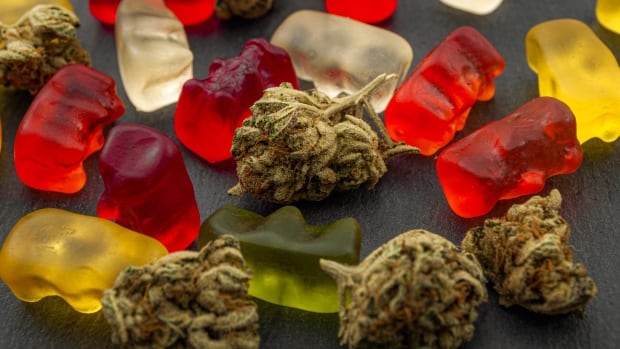 An emergency room doctor at Charlottetown's Queen Elizabeth Hospital is warning parents about the dangers of cannabis gummies and chocolates, and is calling for stricter regulations to keep them out of the hands of children.

Dr. Aaron Sibley says since the legalization of cannabis edibles last December, several young children have shown up at the ER, after accidentally ingesting the products.

"Children, they love candy. And we've seen multiple examples of children trying to get into cupboards, mistaking various products for candy, and ingesting it," said Sibley, who took to Twitter this week to share his concerns.

"We do know that children can have more severe and more prolonged reactions to ingestion of these drugs. And that's a concern for us."

Sibley says in one recent case, a child "was actually quite sick" and had to be admitted to hospital.

It's an issue the Canadian Paediatric Society (CPS) has flagged as well.

The society says while there aren't reliable statistics on the number of children needing medical help after ingesting cannabis edibles — either before or after legalization — paediatricians across the country have reported it as a problem.

Dr. Christina Grant says more needs to be done to help bring awareness to the risks associated with children and cannabis edibles. (Submitted by Christina Grant)

"It's certainly becoming much more common," said Dr. Christina Grant, one of the lead investigators on a CPS study related to the issue.

Before the legalization of cannabis edibles, the CPS lobbied Health Canada to prevent manufacturers from producing edibles that look like candy, and would appeal to children.

While Health Canada's regulations don't go that far, they do ensure edible products are sold in child-resistant, plain packaging that doesn't display what's inside.

There are also limits on the amount of THC allowed in each package.

But the Cannabis Council of Canada, the organization that represents licensed producers, maintains the regulations do go far enough to keep kids from ingesting cannabis.

The council points the finger at the illicit pot market.

"Often times the edible products in question have come from the illegal market," said George Smitherman, the council's president and CEO.

"The regulated producers of cannabis products in Canada supply their products according to strict regulatory standards designed with the safety of kids in mind. So, its frustrating when a black market gummy is confused for our products."

'We do see this as a particular safety issue for children,' says Dr. Aaron Sibley. 'If we can get that out to as many people as possible, I think there's great benefit there.' (CBC News)

That alert prompted Canadians to only purchase cannabis from legal retailers, and to store it securely, "out of reach of children and young persons ... in its original child-resistant packaging."

The CPS would like to see that messaging spread more effectively.

"There needs to be probably a better national campaign on how to keep these out of the hands of young children, and also letting parents know about the risks," said Grant. "I don't think that's very mainstream."