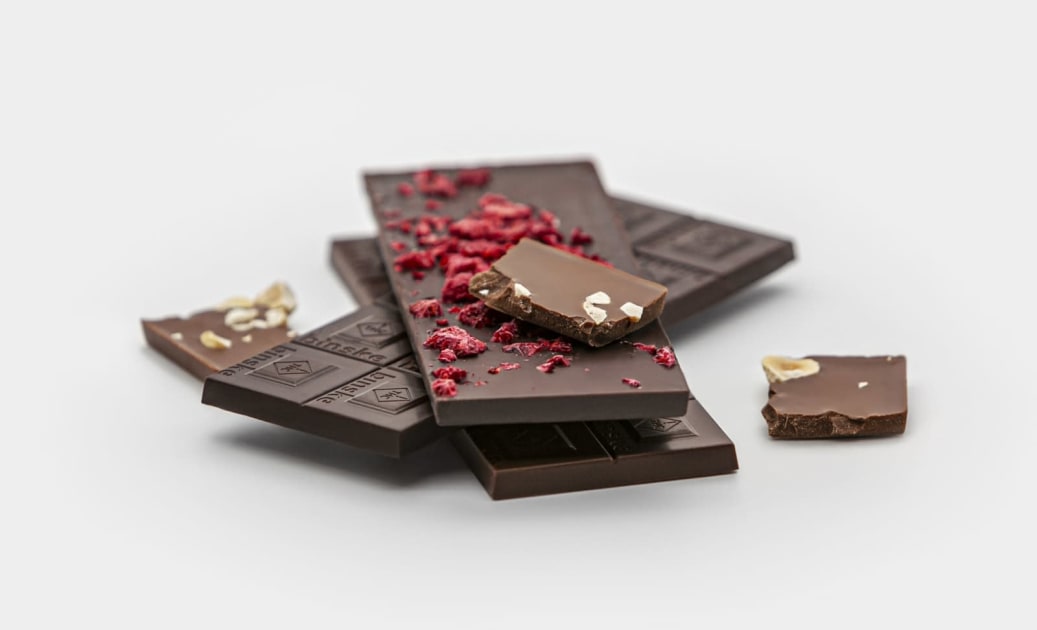 Because the truth is weed tastes bad. My Aunt Vickie enjoys the flavor because it reminds her of the wild '70s. I think of it as a startled skunk who has projected his dank oil through a screen of rotting greenery straight into your mouth.

In fact, as marijuana has been legalized in almost a dozen states, an entire industry -- projected to be worth $4.1 billion by 2020 -- has popped up around edibles, with ridding them of those pungent seasonings a high priority. "One hundred percent of the edibles market is focused on removing that recognizable scent and flavor of the cannabis plant and replacing it with something that's more aesthetically familiar," said Ricardo Baca, former editor in chief of The Cannabist and CEO of media agency Grasslands.

In the past few years, I have tried gummies, lollipops, chocolate bars, truffles, sodas, bubbly waters, mints, cookies, brownies and more. Some were better than others, but I'd call almost all of them crap. That's not necessarily because of the quality of the marijuana so much as the other ingredients.

I believe that if a company says it's selling a high-quality product, it should do more than get you high. It should taste high quality, too.

Over and over again, when I've relayed my quest to industry folks, the phrases that come out of their mouths are "clear distillate" and "isolate." Distillate refers to cannabis that has been put through a distillation process to remove most of the bad-tasting terpenes and other elements whereas isolate retains only the pure THC or CBD molecules. (THC is the psychoactive component of cannabis whereas CBD is known for its therapeutic properties.) Apparently I'd find my holy grail if I followed this path.

The truth is weed tastes bad.

What I've discovered, though, is that not all distillates -- or even isolates -- are created equal. Some edibles made with the stuff taste far less dank than others. Despite all the regulations around marijuana right now, there aren't any that measure taste or purity in edibles. The state regulators are only concerned with the extraction method the company uses (which varies by state law) and the amount of THC or CBD in each edible. How well the company strips away the other flavors is up to it.

"It's brand by brand right now," explained Nichole Graf, the author of Grow Your Own: Understanding, Cultivating, and Enjoying Marijuana and the owner of Raven, which sells cannabis flower and concentrate. "State by state you have entire markets that are not communicating with one another and that are setting their own definitions that have no legality behind them. These markets have no industry groups that are cementing terms that consumers can rely on."

Of course, there are several reasons not to use these types of extracts. They cost thousands of dollars per kilogram. And if you're after marijuana's medicinal properties, "You want your edibles to taste like weed," said Graf, adding that the flavors indicate the presence of more "bioavailable chemical constituents."

I tried to keep all of this in mind as I sauntered into Herban Legends near Pike's Place on a recent trip to Seattle. Most of the edibles I bought reeked of weed and some of cheap vanillin (the artificial stuff companies use in sweets when they won't pony up for the real stuff). I'll never forget the round, primary-colored gummies packaged individually in clear cellophane, connected in the kind of long strand that called to mind a giant strip of condoms.

My budtender recommended something called Utopia sparkling water (in tangerine flavor!), which employs the motto "zero calories + zero sugar + zero cannabis taste." It tasted like an excellent La Croix, with bursts of citrus and big bubbles -- a welcome respite from the usual sugar-laden cookies, truffles and candy.

"Who made this manna?" I asked myself, taking another swig.