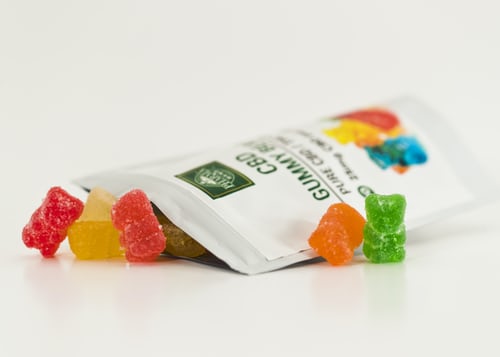 What are marijuana edibles?

Marijuana edibles are food and drink products that have been infused with marijuana or marijuana products. These products typically contain a high level of fat, which activates the THC in the product allowing it to get people “high”. Alternatively, the THC is typically pre-activated by cooking it into oil or butter, and then using that oil or butter in products the same as you would with their non-marijuana counterparts.

Why are edibles becoming so popular?

Edibles have rapidly grown in popularity in recent years (though to be fair, they’ve been a mainstay for decades). So much so, that in some legal marijuana states the amount of edibles purchased makes up almost half of all marijuana sales. But why are edibles becoming so popular?

There are several reasons for this:

There are two primary differences when it comes to the effects of smoking marijuana compared to consuming marijuana edibles.

The effects of marijuana edibles tend to be stronger than that of smoking, and there is often much more of a “body high” that goes along with edible consumption.

Many people are concerned about using marijuana edibles because they are afraid they may consume too much and thus become sick or fearful. Given the massive range of THC content in edibles on the market today, this fear is relatively reasonable, but there are ways to make sure you avoid any bad times with edibles.

If you do end up taking too much, and start feeling sick, simply:

Typically any sickness felt from consuming too much goes away quickly – within 5 to 20 minutes. If it doesn’t, then just keep your eyes closed and try and fall asleep (which often isn’t hard after a high-concentrated edible): You’ll almost always wake up completely fine, if not a little parched.