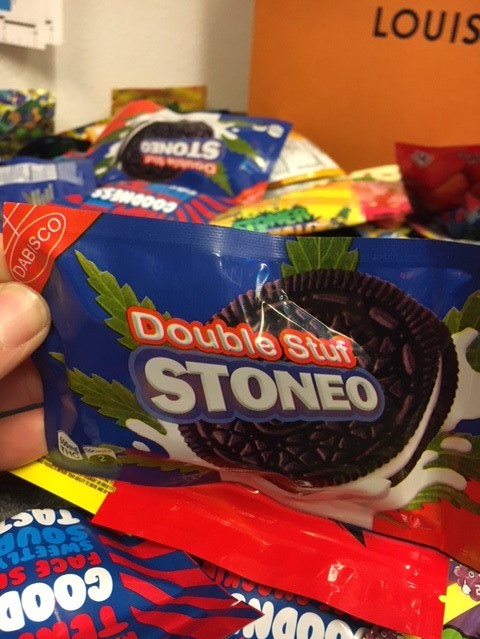 Skagit County, Wash. — A driver stopped for a suspected DUI in Skagit County led to an illegal edibles bust, according to the Washington State Patrol.

Trooper Rocky Oliphant tweeted the driver was pulled over on I-5 just north of the Skagit-Snohomish County line.

A Trooper in Skagit County yesterday arrested a driver for DUI on I-5 just north of the Skagit/Snohomish County line. During the course of the investigation Troopers located over 20 pounds of THC edibles. These were packaged in a way that is not permitted in Washington State. pic.twitter.com/fKVXJEp1OI

While investigating, the trooper reported finding 20 pounds of THC edibles that were not permitted in Washington state.

TCH edibles sold in Washington cannot feature a design, brand or name that resembles a non-cannabis consumer product that is marketed to anyone under the page of 21.

Some of the items confiscated resembled name-brand chips like Doritos and Fritos and name-brand candy like Trolli and Sour Patch Kids.

One package resembled ‘Oreo’ cookies and was named, ‘Double Stuf Stoneo’ by Dabisco.

Washington State Patrol said he had 40 times that.