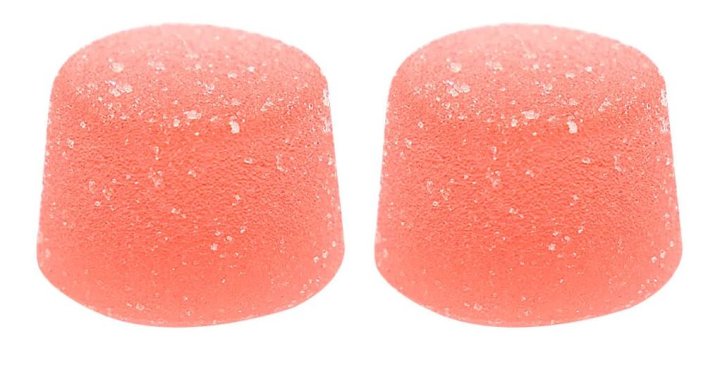 Slowly and unevenly, legal cannabis edibles are starting to appear across Canada.

Many Canadians have told pollsters that they’re interested in trying edibles, and producers hope that ‘Cannabis 2.0’ will turn their businesses around after a rough first year.

But to succeed, legal edibles will have to hold their own against three sources of competition: the illegal market, customers themselves — who can make their own edibles in some cases — and the much cheaper gel caps and oils that have been available since legalization.

The mail-order marijuana (or MOM) sector has been selling edibles for a while now.

However, their offerings tend to be very powerful — far more than federal rules would allow legal producers to sell.

This chocolate bar, for example, has 300 mg of THC, which would be overwhelming for an inexperienced user. (“Begin with 1/4 of the bar and allow 30-90 minutes before ingesting any more,” the seller advises.)

In practice, what that means is that the MOMs cater to heavy users with high tolerances, and the legal market serves new or occasional users who may find that 5 mg is all they want or need.

“An experienced user, someone who is used to having 100-milligram dosages, is not going to be all that interested in a 10-milligram product,” says Brock University professor Michael Armstrong.

Jenna Valleriani, executive director of Hope for Health Canada, thinks the public needs an idea of a “standard dose” of THC, similar to a unit of alcohol. New users, who may not understand what a given number of milligrams of THC means for their personal experience, need guidance.

Valleriani agrees that legal edibles will have little appeal for heavy users.

“For users who need higher doses, really their only option is to buy those products illegally, or make them themselves so they can make them more potent.”

Low-dosed legal products do tend to protect inexperienced people from overconsuming, she argues.

“Generally policy is meant to safeguard the most amount of people. And most people are not actually cannabis users, so they don’t have that experience.”

However, that does leave the problem of how heavy users can be coaxed to start buying from the legal market.

Producers are just starting to cater to cost-sensitive heavy users: Hexo, for example, sells a bargain-priced 28-gram bag of dry flower in Ontario and Quebec.

“If you’re a heavy user, you’re going to feel that price more,” Armstrong says. “Getting products priced into the black market range, like Hexo started doing in October, with a $4.49 product in Quebec. We need more of those.”

“It’s going to take time, and developing better products. Once these products are unrolled, and nothing catastrophic happens, I think that there will be movement there to be able to loosen up those regulations.”

In the meantime, buying the legal equivalent of the $26 black-market chocolate bar linked above would involve buying 30 chocolate bars from the B.C. Cannabis Stores for $209.70 plus shipping. (That goes a bit over the legal shipping limit, and also involves buying 480 grams of chocolate, or over a pound.)

Until they sold out, the B.C. Cannabis Stores were selling THC-infused cookies for $6 each.

Most of that price, of course, reflected the 5 mg of THC in the cookie, rather than the other ingredients.

But cannabis oils have been available since Day 1 of legalization. A bottle of oil containing 250 mg of THC costs about $30 at the Ontario Cannabis Store now, which works out to 60 cents for a unit of 5 mg.

Given that you can use the oil, plus normal baking ingredients, to make your own edibles in your own kitchen, there would seem to be no reason to spend anything close to $6 on a cookie with 5 mg of THC, if that’s what you want.

But both Armstrong and Valleriani doubt that many consumers will bother — it’s on a long list of things, like home canning and changing the oil on your own car, that most people could do but don’t.

“Even though we’re allowed to grow so many plants at home, a lot of people simply don’t do it, because it requires a little bit of effort and I think the same thing goes for making edibles on your own, as well. People do it sometimes. Most people maybe do it once or twice, if that, but generally people aren’t really taking advantage of that.”

Armstrong thinks that most people will put convenience over savings.

One surprise of legalization was that consumers had almost no interest in the oils and gel caps which for a long time were one of the few alternatives to dry flower. Producers produced too much, retailers stocked more than it turned out they could sell, and Canopy took an $8 million hit last year when provincial wholesalers returned millions of dollars’ worth of product that few people seemed to want.

Perhaps part of the problem is their look and feel: they look like something you might buy at a pharmacy, which is not surprising since they were originally developed for medical patients.

However, in a zero-charm sort of way, they’re the cheapest edible products legally sold.

For example, the B.C. Cannabis Stores sells a soft candy with 5mg of THC for $3, but 5 mg gel caps for a price that works out to 80 cents each. (You could measure out some oil and get the price down to 60 cents.)

“I wonder if most people are that aware in breaking down the cost/benefit saving,” Valleriani says. “People whose job it is to know — they’re medical patients and they’re on strict budgets — they probably make it their business to know.”

“People are simply not doing the math.”