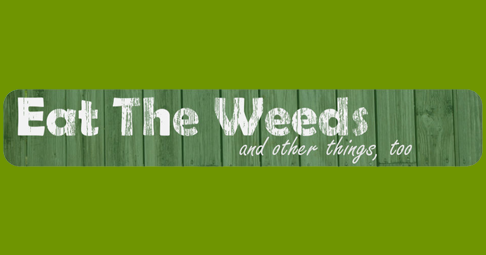 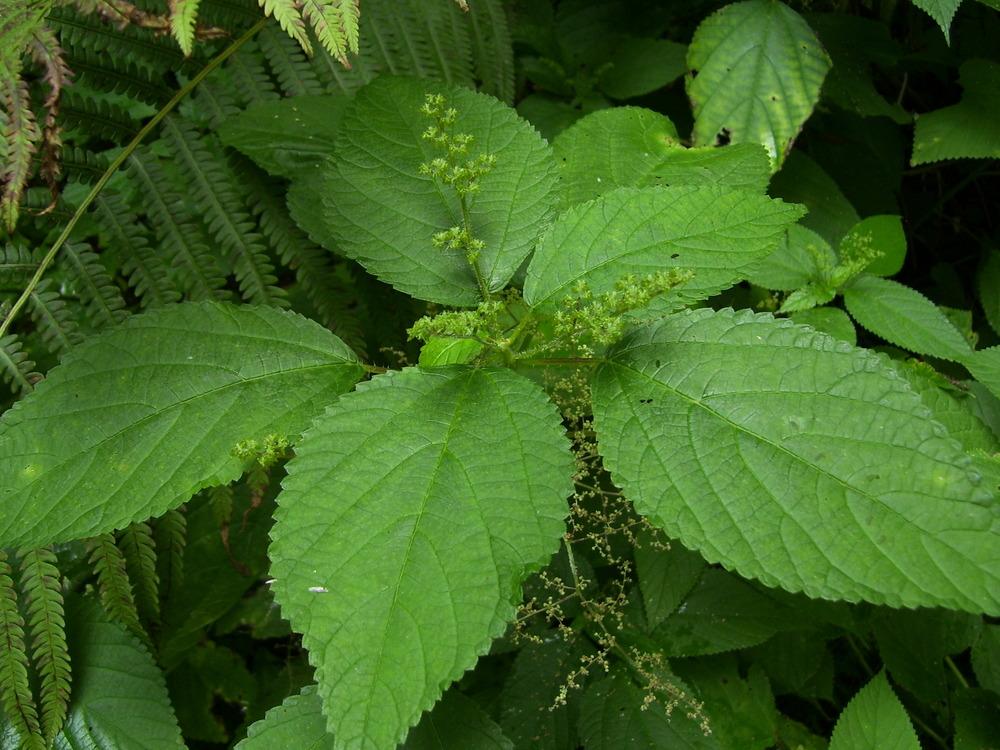 Laporta canadensis is another plant that gets overlooked because of a famous relative, the Stinging Nettle. Called Canadian Woodnettle this plant also gets confused other plants called “wood nettle.”  So it’s in a relative’s shadow and has an overused common name. To muddy the nomenclature waters Laportea canadensis also used to be called Fleurya canadensis, Urtica canadensis and Urticastrum divaricatum. It got its current botanical bon nom in 1916. More confusingly the genus, Laportea, consists mostly of tropical stinging trees no where near Canada. (For a totally different stinging tree see Chaya.) 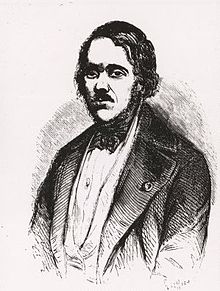 “Laportea” is Dead Latin for “of Laport.” The species was named for Francois Louis de la Porte, the wandering Count of Castelnau. He was a French naturalist born in London who visited North America between 1837 and 1841. An insect specialist, he started in Central Florida and worked his way north to roughly Ontario and Quebec. Then he went to the Amazon area for five years and was in Australia from 1864 to 1877 dying in 1880. He was also big in the bug world. Canadensis means of Canada. The plant is found in the eastern two thirds of North America. Locally it is reported in two western Florida counties, Liberty and Jackson.

This species can sting mightily. Daniel Austin, author of Florida Ethnobotany, relates about teaching a class and wandering into a patch. He had long pants on so he was in the patch before he got stung. However, students with shorts who followed him actually began crying the sting bit so much. The plant was once used to flog people. 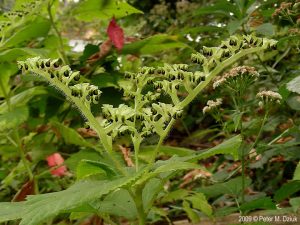 Although edible the plant has been used far more as fiber being some 50 times stronger than cotton of the same size.  Several tribes also used it medicinally. The Muskogean reported using it as a decoction to lower fever. The Iroquois employed it as a “love potion” and a tea to ease childbirth, the Meskwaki to treat incontinence and as a diuretic (which are actually opposite problems.) The Ojibwa used it for urinary issues. The stinging hairs break upon puncturing the skin and contain histamine-like substances. The Potawatomi ease the rash with juice of the Jewel Weed, the Rappahannock used urine or salt water.

While the plant is edible published reports are few and it tends to not be in standard texts.  The nutritional value of Laportea canadensis is also generally not known. Most, if not all, internet references borrow nutritional values from its relative, the Stinging Nettle. Stinging Nettles have vitamin A, potassium, magnesium, and calcium. The latter comes in with 481 mg per 100 gram serving. Next is potassium at 334 mg, followed by phosphorus 71 mg and magnesium 57 mg. Vitamin A, as beta carotene, is at 2011 IU.There are traces of zinc, copper, manganese, selenium and some B3 and B6. In micrograms there’s 4178 mcg of the vision twins, Lutein+zeaxathin, and interestingly 498 mcg of Vitamin K, phylloquinone. Again, those values are for the Stinging Nettle.

IDENTIFICATION: To four feet tall, branched or unbranching, stems light green covered with white hairs. Lower to middle leaves alternate, upper leaves are opposite, they are to six inches long, four inches wide, medium to dark green, oval to ovate, serrated. Young leaves are densely hairy, and wrinkled, older leaves less hairy. Stems up to four inches long, also covered with stinging hairs. Male and female flowers, greenish white, wind pollenated. Blooms mid- to late summer. While this plant has alternative leaves — the only nettle that does —  the Stinging Nettle, see separate entry, has opposite leaves only.  Do not confuse Canadian woodnettle with the non-stinging Rough Snakeroot, Ageratina altissima (which killed Abraham Lincoln’s mother, Nancy Hanks.) Rough Snakeroot has opposite leaves, where as Canadian Woodnettle has alternating leaves (leaves are in pairs.) Rough Snakeroot does not sting.

TIME OF YEAR: Whenever there are young leaves (blooms between June and September)

ENVIRONMENT: Likes partial sun to medium shade, moist conditions and loamy soil. If cultivated it makes a good privacy fence. It likes to grow with Maples and Basswood perhaps because of nitrogen and or phosphorus provided by the trees’ leaves. They do not like clay.

METHOD OF PREPARATION:  Cooked shoots, young tops  and or young leaves. Leaves usually picked before the species blossoms.  After blossoming its tea might be more medicinal. Older plants can be retted for fiber. If peeled the young plant is edible but bitter.  If you rinse the leaves before using dry thoroughly. Leaves can also be dried. Cooking reduces them significantly. My favorite way to prepare Stinging Nettle leaves (Urtica dioica) is to dry them next to a camp fire. That also takes the sting out.